World Monument Watch Day took place in Tusheti in the villages of Omalo and Dartlo, on the 4th October. This was the first of a two-part event, to highlight the beauty and also fragility of this unique, ecological zone, now under threat from plans for a new road. It was held while the region was still open and functioning – before the snows land on the 2900 metre Abano pass and seal it off for the next eight months.

Representative of the World Monument Fund, John Darlington, and National Trust of Georgia (NTG), Co-Chair, Peter Nasmyth, and two others, travelled up to Tusheti and carried out award ceremonies for the NTG’s ‘My Heritage, Tusheti, 2022’ competition. This rewards those who have carried out heritage-sensitive renovations to their historic homes or businesses, thus setting an example for others in their villages.

The winners were Salome Idoidze in Dartlo who has created a flower and art filled Shuni guest house, greatly enhancing its traditional style and function. Salome also continues the Tushetian tradition of knitting – creating beautiful clothing which she sells at her guesthouse.

Fati Mishidze in Upper Omalo – for doing the same with her guest house, and also creating a museum of their centuries-old family artifacts and utensils, which are on permanent display for visitors to see. The plaque was received by her son Rati.

A walk was also made down one of the road-threatened valleys, the Gometsari – also one of the most beautiful in Georgia.

The second event was held on the 15th Oct, at the National Trust of Georgia’s HQ, in Tbilisi, after Tusheti had closed for the winter. By then its inhabitants, sheep and cattle were back down in the valleys below to continuing their low-land lives, preparing for the next season, beginning in June 2023. Some had already left Tusheti by the first event, so it allowed every winner to be present, receive their awards and celebrate their heritage.

This, the main Watch Day event, proved very successful and well attended. It also led to substantial reports on two of Georgia’s main TV channels - Channel No 1 and Imedi. Both can be seen on the NTG’s Facebook Page.

(Note that Facebook’s auto-translation into English mis-translated both National Trust of Georgia and World Monument Fund).

Another report in the English language press – ‘Georgia Today’ – can be read at https://georgiatoday.ge/tusheti-our-heritage/

The nine competition winners were all present and received their plaques and cash prizes.

Imedi TV also further travelled to Alvani to report on the work of Lili Murtazashvili, who gave a powerful speech on her local traditions at the award ceremony. This was followed by poetry, song and dance exhibitions, as well as a wide display of food, including some uniqueTush dishes.

NTG intends to continue the ‘My Heritage’ competitions into next year. 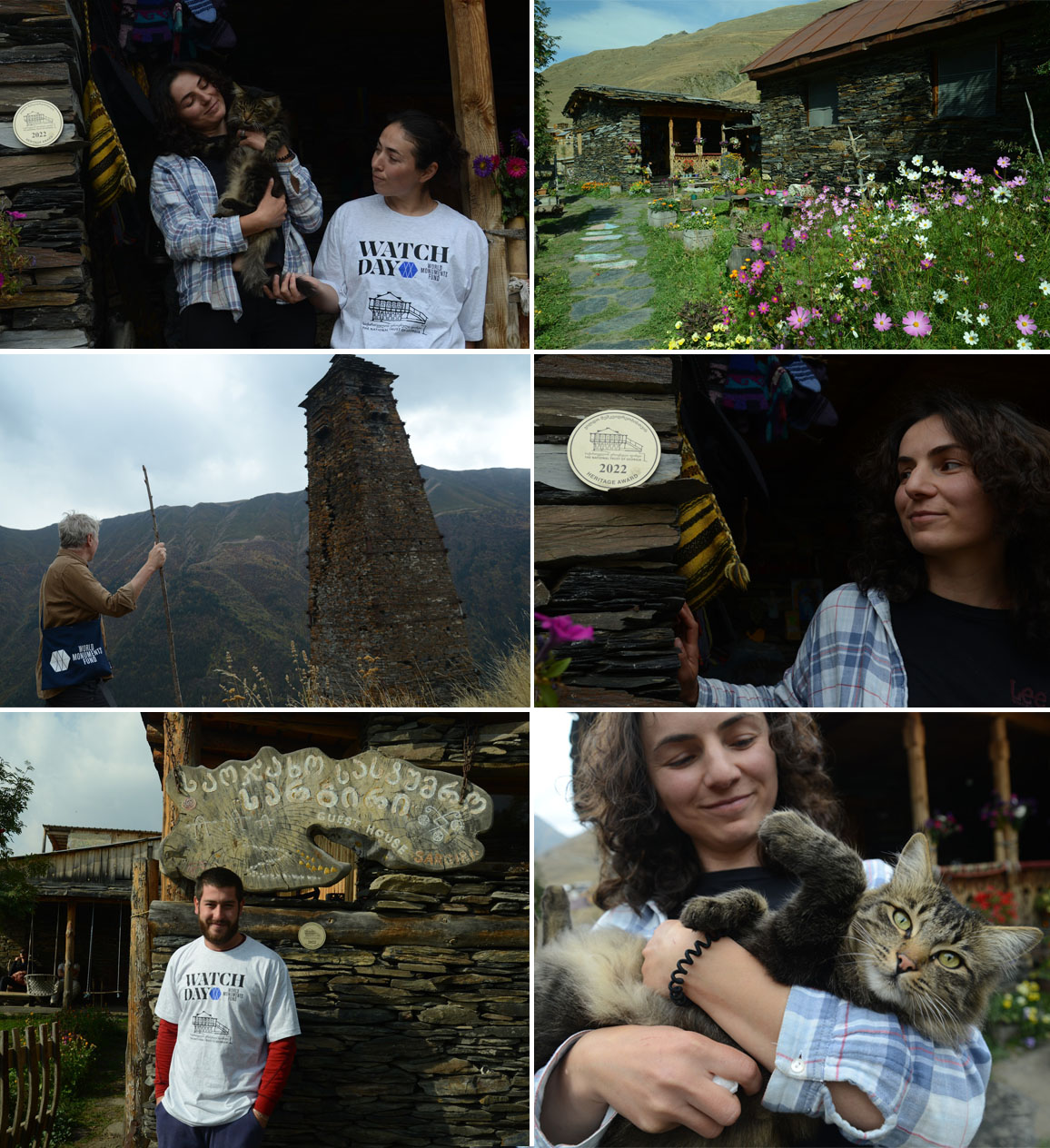