This was the NTG’s first ever Heritage Awards, a competition designed specifically to reward those who show sensitivity and intelligence in saving their own heritage, usually their own homes.  ‘My Heritage,’ was launched by the National Trust of Georgia, in association with the British Embassy, Georgia.

The prizes were presented by HE Justin McKenzie Smith, British Ambassador to Georgia., who remarked how pleased he was to see so many young people, not only winning prizes, but also in the large audience (three times what we anticipated).

It will continue every year to encourage those eager to preserve Georgia’s superb cultural and natural heritage.

Photos of all 8 winners are found below. We hope others will be inspired and follow their example. The event was followed by a presentation by Lela Ninoshvili, restorer of the wall-paintings that won first prize.

We will announce next year’s competition in the New Year. 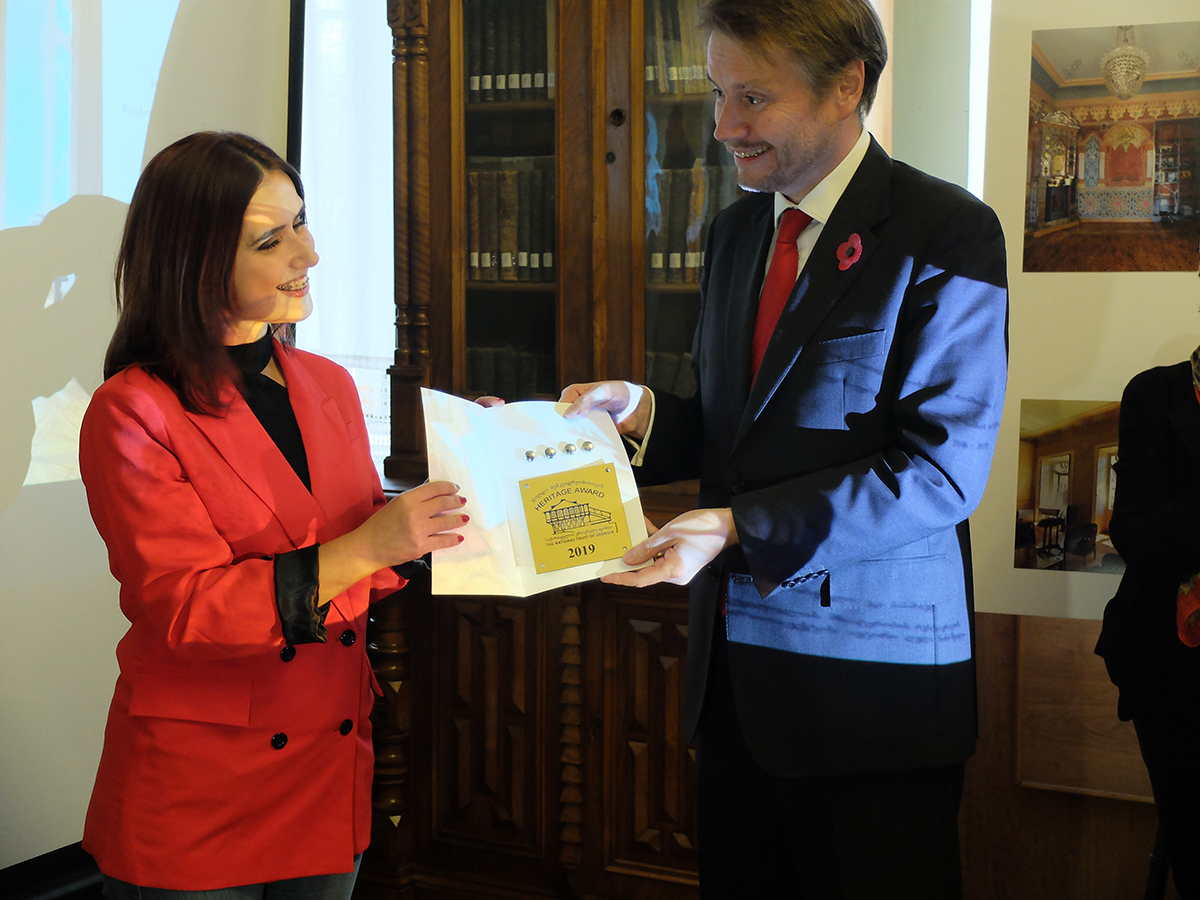